My name is Mary Chen.  I am a native Mandarin speaker.  I have worked with children for over 15 years.  Wanting my daughter to be fluent in Mandarin growing up in Los Angeles, I started researching resources from Chinese speaking countries and developing my own materials that includes interactive activities and cultural stories.  I have developed some strategies that I find work very well with students of all ages.  Some strategies are more suitable for children of Chinese heritage meaning a Chinese speaking family and some strategies are more suitable for American children with no Chinese background.

My ancestry dates back to a town called 荻港 “Di Gang” in 浙江省 “Zhè Jiāng Province.”  My family was one of the three founding families in 荻港 . In 荻港 , you can visit my family’s 祠堂 “Ci Tang” which is an ancestry hall to see our family tree and various artwork by my ancestors.  Below is a photo of our family tree that is displayed in the 祠堂.  You can also see my Chinese name on there.

I currently teach in Los Angeles.  I have an International Business and Chinese degree with a Masters in Education.  I am a California credentialed teacher and a trained International Baccalaureate teacher.    I have written and illustrated a bilingual Mandarin and English children’s book, My Little Sister, 我的妹妹.  I have appeared in Chinese World Journal “世界日報” for organizing Chinese cultural celebrations at my previous elementary school in Los Angeles.  I enjoy sewing (click here to see all the clothing and head accessories that I have made), playing piano, harp, hiking, cooking, painting, and teaching Mandarin in Los Angeles.

My question to you is “why not?”  Mandarin Chinese is the most widely spoken language in the world.  Research has shown that lack of students fluent in a foreign language in the United States will eventually weaken the competitiveness of the country.  When I went to China this year, young children starting in preschool are learning English.  It seemed like every other street had a school for teaching English.  In a world where everybody speaks English, being a native speaker does not, by itself, carry much weight. (This explains, in part, the loss of US jobs to international outsourcing.) However, if you can speak several different languages could prove to be extremely advantageous.  Kids who learn Chinese will put themselves at the top of the multilingual list. Today, nearly 1.4 billion people speak Chinese—nearly three times the number of English speakers.

Me at 16 years old in China on a bamboo raft.

Mandarin is the official language of Mainland China and Taiwan, and is one of the official languages of Singapore and the United Nations. Learning Mandarin is more than learning a language, it opens the door to one of the most ancient cultures as well as future opportunities in the global economy. The name “Mandarin” was first used by the Portuguese to refer to the magistrates of the Imperial Chinese Court and the language they spoke. Today, Mandarin is the term used through much of the Western world. Chinese people refer to the language as pǔ tōng huà (in Mainland China), guó yǔ (in Taiwan) or huá yǔ (in Singapore). On this website, I will use the word Mandarin and Chinese interchangeably.

My passion is creating a well-balanced Mandarin curriculum for students like Annabelle growing up in America.  I know that the teaching style and curriculum can’t be the same as Asia, because Mandarin is usually not their primary language. Through my experience, I realized what works and doesn’t work in learning Mandarin. Looking at picture cards with words won’t work. Pure memorization won’t work. If you are a lucky Mandarin speaking parent and speak it sometimes at home won’t work. Simply going to Chinese school won’t work. This is because you need to approach learning Mandarin with a well-balanced recipe. Mandarin reading, writing and oral language need to develop concurrently and interrelated for young children. Skills taught, practiced, and tested in isolation are not effective. Children need explicit, systematic instruction in Mandarin and exposure to rich literature such as cultural stories, poems, or Chinese nursery rhymes. Children need the time and opportunity to make connections themselves.

The more Chinese characters a child learns the easier and faster the learning process gets. For example, I taught my students at my last elementary school the words 口 “ko” mouth ,大 “dà” big, and 小 “xiǎo” small. From these three words we made new Chinese phrases 大口big mouth, 小口 small mouth, and 大小 size. So we really learned 6 new vocabulary words from just three characters.  Later we illustrated big mouth and small mouth by drawing pictures of animals and people.  Another example is after I taught my students Chinese numbers, we learned all the months of the year by simply adding  月”yuè” month to the end of each Chinese number. For example, January is the first month or 一”yī”月”yuè” which literally means “one month”. Therefore, if you can count to 12 in Chinese, learning how to say the 12 months is a piece of cake.

When I taught younger kids, one of the games that my American students enjoyed playing during recess was called 鸭鸭鹅 yāyāé, Duck Duck Goose.  I thought why not utilize a familiar game by teaching some Chinese.  Within a few minutes, the children were able to play the game completely in Chinese. I taught them to say “跑”pǎo instead of run. For example, now when they play, they yell “跑” Sara, “跑” Sara instead of Go Sara, Go Sara.  Children learn best through play.  The more games you can include, the more kids will be learning without knowing! A little Chinese here and a little Chinese there can add up to be A LOT of Chinese later! And always praise kids to build up their confidence level whenever they speak Chinese.   For example, one successful resource that I created which help my daughter read are mini books. These mini books practice and reinforce skills while fostering a love of reading in Mandarin. After Annabelle began reading these books, her progress became more apparent. Even more importantly, I have instilled in my daughter a sense a pride that she can read in Chinese!

Annabelle (at 5 years old) made this card for my birthday and signed her name in traditional Chinese.

I love the style of Chinese peasant painting 农民画.  Check out some of my works below.

Chinese is an international language

Annabelle as a princess, ballerina, baker, and fairy

25 Responses to About Me

Type in keyword to search this site

Chinese Word of the Day 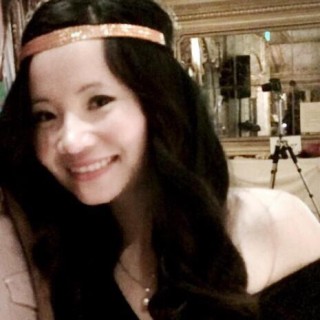